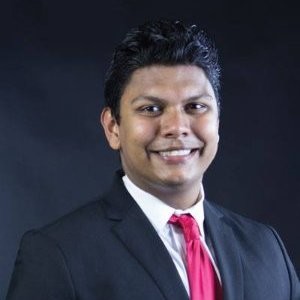 Sanjeev Kumar is a Say Yes Syracuse scholar passionate about education and community.

Sanjeev was a graduate of the Institute of Technology at Syracuse Central (ITC) in 2011 and received a Regents diploma with an advanced designation in computer science; he was even the valedictorian of his graduating class! In addition to attending ITC, Sanjeev was a part-time student for college credit at The State University of New York College of Environmental Science and Forestry (SUNY ESF) in his high school senior year.

Sanjeev participated in student government and photographed and filmed friends and sporting events. In addition, he was a member of the Superintendent’s Student Cabinet, which is comprised of students from Syracuse City School District high schools. The students met with the Superintendent during the year to discuss initiatives and programs in the district. They also acted as ambassadors for their schools, sharing what they learned.

Say Yes Syracuse was advertised at ITC along with other college services including admissions, programs, and financial aid. Sanjeev noted that everyone was talking about Say Yes, and the possibilities of its scholarships for higher education.

Say Yes students can receive scholarships to any SUNY/CUNY school or more than 100 private colleges and universities, whether two-year, four-year, or vocational – public or private, including SUNY Oswego, Sanjeev’s undergraduate school. With support from Say Yes, and the SUNY Oswego Possibility Scholarship, Sanjeev could attend college at no cost. “In terms of financial healthiness, I feel like I got a jump start from my peers by having those scholarships,” said Sanjeev.

At SUNY Oswego, Sanjeev received his Bachelor of Arts in Mathematics in 2015 and was involved in Math Club, Ultimate Frisbee, and Tau Kappa Epsilon fraternity, where he held secretary and vice president positions. He was also a math tutor, where he helped students create study guides and delivered lessons.

Following a successful four-year degree, Sanjeev moved on to financial advisor and representative roles, landing his current position as an Invoice Specialist at Arcadis, where he carries out billing activities and terms, invoicing, and collaborating with other departments on financial strategy.

A Syracuse resident, Sanjeev is still active in Tau Kappa Epsilon at SUNY Oswego as the Province and Chapter Advisor to oversee any support the brothers may need.

Sanjeev has a passion for his Indian culture and has been involved with the India Community Religious and Cultural Center (ICRCC) since 2016. He is currently a board member but has held secretary and president positions in his tenure. He believes that volunteering at ICRCC is essential, especially in understanding India and engaging with all aspects of his culture. Sanjeev is bilingual in Punjabi and English.

Thanks to the support he received for his education, Sanjeev believes that he is able to give time and support back to his fraternity and his community more so than if he had student loans. He feels this financial support had a positive impact on his future.

Sanjeev said that it’s important to be well-rounded in college and focus on your grades plus a few extracurricular activities. “To be successful, join a nonprofit or Greek organization; it makes you a better person, and you can be involved more holistically in the community.”