When Grace Western graduated from Nottingham High School in 2013, she left with more than a diploma.

“There’s more to an education than just academics,” Western said. “Syracuse City Schools are often only talked about negatively, in ways that are rooted in anti-blackness. However, the community I had at Nottingham, and still have, was sacred and gave me so many opportunities to grow as a student, and also as a person.” 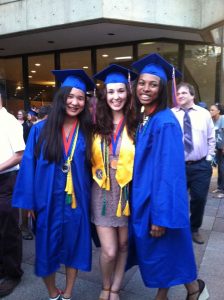 From a young age, Western saw the value in creating a strong community. She used her Say Yes Syracuse Scholarship (Say Yes) to study political science and women’s studies at Colgate University, and now works for a nonprofit fighting for economic justice.

“Say Yes gave me the opportunity to search further into what I was looking for from an undergrad opportunity, which I wouldn’t have been able to do otherwise,’ Western said.

Say Yes offers fully endowed last-dollar tuition guarantee scholarships to all eligible Syracuse City School District students. The scholarships provide broad access for people to be able to go to college, at times when universities are often pricing out lower-income and middle-class students.

A Journey, Rooted in Syracuse

During the first eight months of the pandemic, Western returned to work remotely from her childhood home on Syracuse’s east side, after four years of working in Washington D.C. She didn’t expect to be back so soon (she thinks about moving back to Syracuse, full-time, one day), but felt relieved to be home during the pandemic and the nation’s more honest conversation about white supremacy and racist violence following the murder of George Floyd by police.

“I have a lot of friends in Syracuse that are community organizers — many from the Nottingham community— and particularly over the last year and a half, I’ve been able to witness their incredible work in our community and support them and follow their leadership , as they fight for racial justice.” Western said. “During the last year and a half, I’ve often thought, I wouldn’t want to be anywhere else but Syracuse right now.”
Since she was young, Western has been active in her community. At Nottingham High School, she was involved in a number of extracurricular activities including Community Wide Dialogue, musical theatre, vocal jazz, all while serving as the student government’s class co-president.

Western said Say Yes provided her with the financial backing to pursue more options and to connect with other like-minded students. In 2015, Western co-authored an op-ed for The Post Standard with other Nottingham graduates in support of the Syracuse City School district. That year, at the Say Yes Gala, she was encouraged to share her message with Say Yes supporters and students.

“After that op-ed came out, folks from Say Yes were incredibly supportive,” Western said. “They helped provide an additional platform to talk about the city schools, and encouraged our love and our support of SCSD, when so many others only wanted to dismiss and dehumanize the past and present SCSD students. Say Yes was there for us.”

A Commitment to Economic Justice

When Western started to search for universities to attend, she wasn’t sure what she wanted to do, but she looked for a school where she could continue her love of dance along with her academics. She landed on Colgate University, partially for its robust alumni network and her acceptance into the Benton Scholars program at the University.

“When I told people I was majoring in political science, no one was surprised, even though it surprised me,” Western said.

When she arrived on Colgate’s campus, she started building community by joining the Student Government Association and a dance company, and also took part in campus-wide protests and activism around institutional racism and sexual violence on campus. 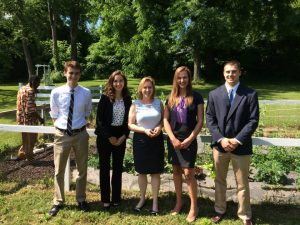 As an undergraduate, Western interned for Democratic Senator Kirsten Gillibrand both in her regional office in Syracuse and in Washington D.C. She also worked for Hillary Clinton’s 2016 presidential election campaign.

After graduating from Colgate in 2017, Western moved to Washington D.C., and began working for a political non-profit that ran issue-based advocacy campaigns. . She helped organize and run rallies with the biggest names in politics, like Speaker of the House Nancy Pelosi. 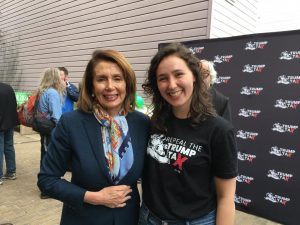 While working in D.C. her team advocated against legislation that became the Tax Cuts and Jobs Act of 2017, and through that work she was further exposed to economic justice and policy. Western said she never expected to be interested in an issue area like taxes, but now believes progressive economic policy that centers race and gender and other marginalized identities is a part of the foundation to real change and progress at the local, state and national level.

Ahmeed Turner, Say Yes Syracuse’s Executive Director, said the foundation of Say Yes is rooted in the economic revitalization of Central New York. Its mission is to provide opportunities for young people to gain a meaningful career and to make a positive impact on the community.

“My passions, my job, my commitment to our community, is rooted in what I learned growing up in Syracuse,” Western said. “I saw the ramifications of racist, bad economic policies that continue to affect our schools, our infrastructure, and housing today. And Say Yes is a vital resource to helping people access the education they want despite broader exclusionary systems.” 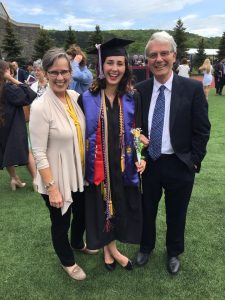